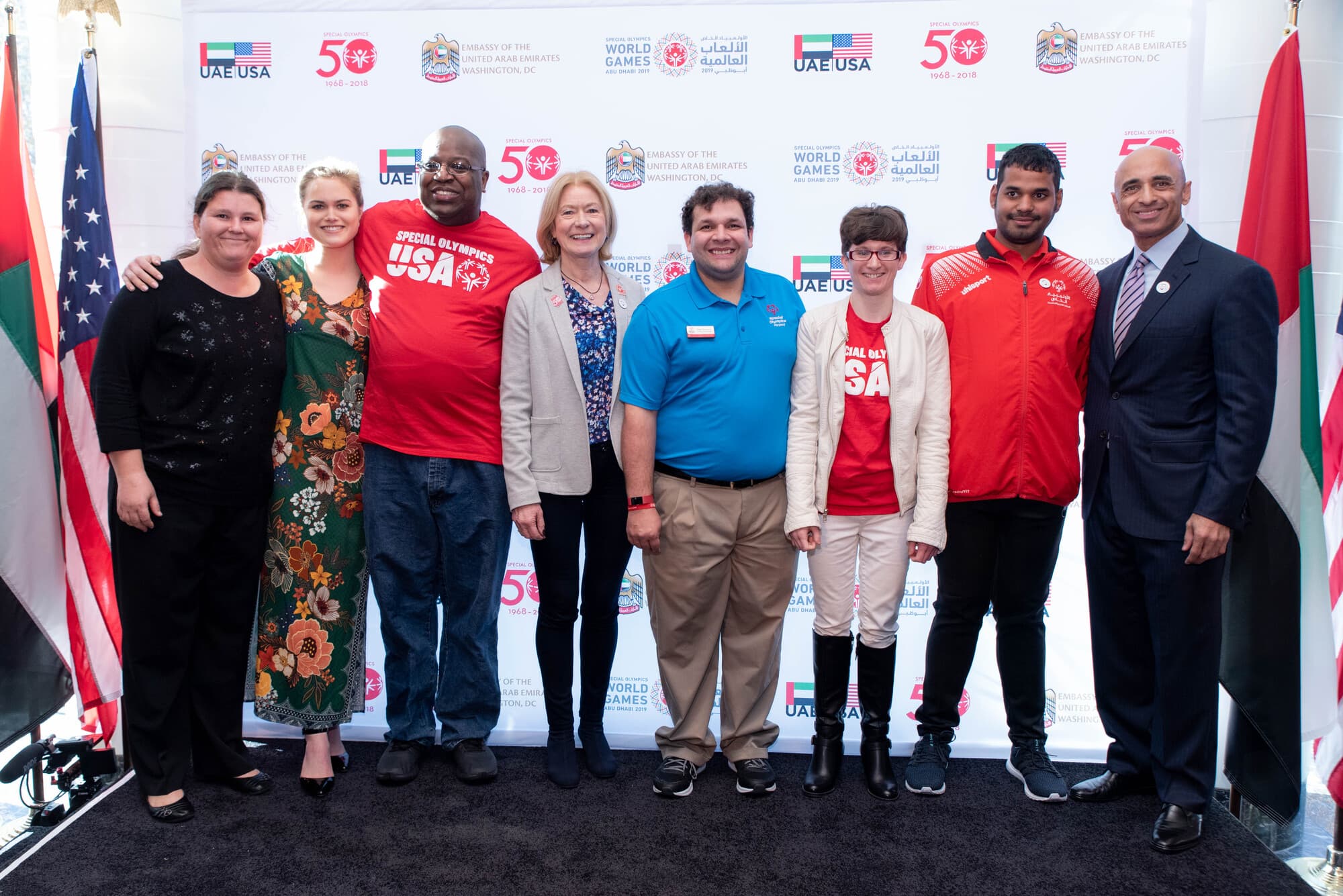 to Create an Inclusive and Open Society

Washington, DC (3 December 2018) – Today, the United Arab Emirates (UAE) Embassy in Washington, DC celebrated the UAE’s 47th National Day at an event that honored Emirati and American Special Olympics athletes who will compete at the Special Olympics World Games Abu Dhabi in March 2019. The National Day event, called ‘A Celebration of Determination,’ vividly embodied the vision of Sheikh Zayed bin Sultan Al Nahyan, the UAE’s founder and first President, to make the world a more inclusive place for all people.

“Sheikh Zayed believed that the UAE’s development must be guided by human principles of acceptance and mutual respect – regardless of a person’s nationality, gender, religion or ability,” said UAE Ambassador Yousef Al Otaiba. “For 50 years, the Special Olympics organization has shared these same values, encouraging respect and dignity for all people.”

“No matter where the Special Olympics athletes are from, when they take to the gym, track, pool or court to compete in the UAE, they will also be contributing to a legacy of hope for a more inclusive and diverse Middle East region,” said Ambassador Al Otaiba.

Mary Davis, Special Olympics Chief Executive Officer, attended the celebration to show her support for the athletes and highlight the UAE’s leadership to create a more inclusive and hopeful world.

“The UAE is leading the way for inclusion in its region, and that is — as we like to say in sports — a ‘game changer’ for the world,” said Mary Davis.

The UAE is running a pilot of the Special Olympics Unified Schools program in 50 schools, with the ultimate goal of expanding to 100% of schools across the country.