As founder and former President of the United Arab Emirates (UAE) His Highness Sheikh Zayed bin Sultan Al Nahyan said, “Foreign aid and assistance is one of the basic pillars of our foreign policy. For we believe that there is no true benefit for us from the wealth that we have unless it does not also reach those in need, wherever they may be, and regardless of their nationality or beliefs.”

Since its founding, the UAE has provided significant aid to developing countries and has been a major contributor of emergency relief to regions affected by conflict and natural disasters. The fundamental purpose of UAE aid is to reduce poverty and help those in need, and the UAE has been a crucial global donor throughout the years. 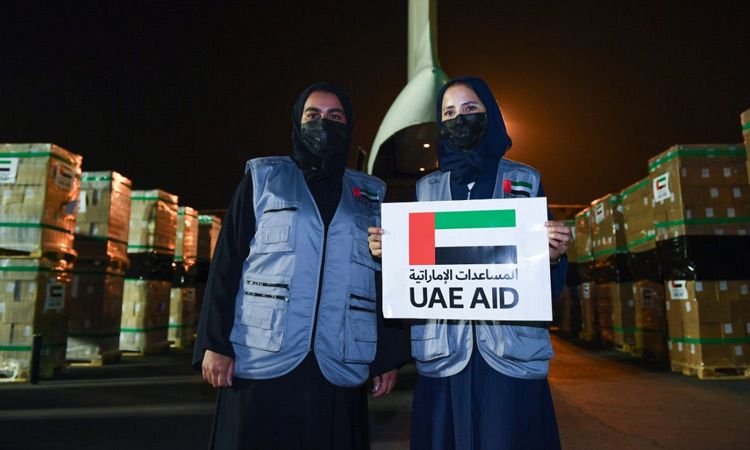 According to the Organization for Economic Cooperation and Development (OECD), the UAE continues to rank among the largest providers of official development assistance (ODA) relative to national income worldwide.

Since 2011, Yemen has been a top recipient of UAE assistance. Since 2015, the UAE has donated more than $6 billion in assistance to the people of Yemen, both from the UN and through other entities. In response to the COVID-19 pandemic, the UAE provided 60,000 COVID-19 vaccine doses to Yemen. UAE assistance has been allocated to humanitarian and developmental aid for the restoration and rehabilitation of the country’s infrastructure, including 360 educational facilities. Funds have also been directed toward energy generation, social services and government programs in Yemen.

The UAE has provided over $10 billion in aid to Egypt since 2015, with $1.28 billion being disbursed to Egypt in 2019 alone. UAE foreign aid to Egypt in 2019 was largely allocated toward development projects, with nearly 95 percent of UAE foreign aid coming from the Abu Dhabi Fund for Development (ADFD). The ADFD has been supporting progress in Egypt since 1974, helping spur economic growth, develop new enterprises, and create jobs.

UAE funding has supported a range of projects, including:

Mrajeeb Al Fhood (MAF), the UAE-funded Syrian refugee camp in Jordan, has become a safe haven for thousands of the most vulnerable refugees crossing into the country. The 62-acre camp with a capacity of 25,000 occupants is located 50 miles east of Amman, and cost nearly $10 million.

The UAE continues to make a significant humanitarian contribution in Afghanistan, and has done so since the 1970s. In total, UAE donor organizations have contributed over $680 million in development and humanitarian assistance. These investments have enabled the construction of schools, medical clinics, a major hospital, a public library and numerous mosques, among other projects. In 2020, the UAE sent two shipments of medical supplies to Afghanistan, which supported thousands of medical professionals as they worked to combat the COVID-19 pandemic.

With the rise of refugees and displaced Syrians, the UAE is committed to helping solve this humanitarian situation. In addition to welcoming more than 123,000 Syrians since the crisis began, the UAE has provided more than $750 million in support of Syrian refugees. In 2020, the UAE sent three shipments of medical aid to Syria to help reduce the spread of the COVID-19 pandemic and support Syrian medical professionals.

The UAE is at the forefront of efforts to eradicate poverty and provide assistance to those in need, including the most vulnerable. According to the Organization for Economic Cooperation and Development (OECD), the UAE continues to rank among the largest providers of official development assistance (ODA) relative to national income worldwide.

In total, the UAE provided $5.26 billion in assistance across 147 countries. On average, the largest regional recipients of UAE aid were Asia, Africa and Europe between the years 2016 and 2018.

In addition to emergency and other humanitarian relief, the UAE provides development aid. In 2016, the UAE Ministry of Foreign Affairs launched the UAE Foreign Assistance Policy—the nation’s long-term development cooperation plan towards eradicating poverty and promoting global peace and prosperity. The UAE remains committed to supporting the development of its partner countries.

Beyond government support, the UAE’s primary aid and relief agency is the Red Crescent Authority (RCA).

While much of the UAE’s development assistance is provided on a government-to-government basis, the country is also a major contributor to multilateral organizations. The UAE supports various UN development funds, including UNICEF, UNDP and the Office of the UN High Commissioner for Refugees. 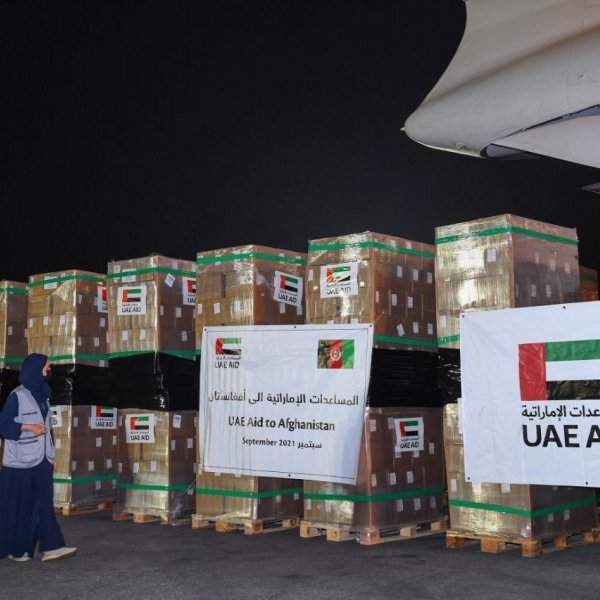 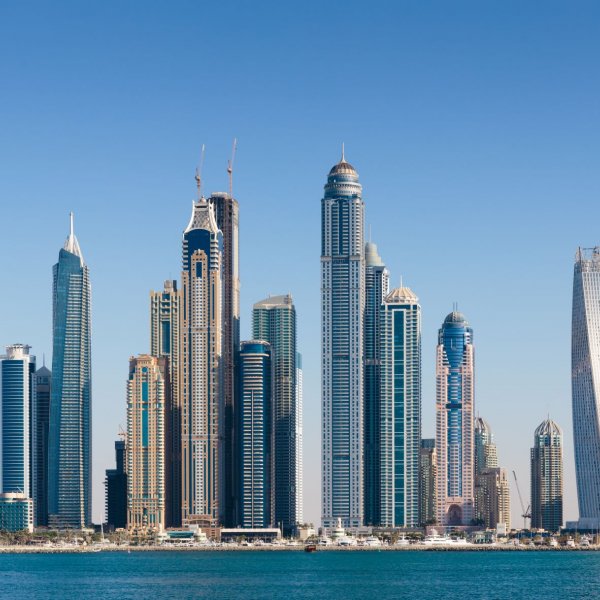 UAE Humanitarian Assistance to Yemen from 2015 through 2020