The UAE is committed to providing equality and social justice to all people living within its borders. Over the last five decades, the UAE has transformed from a traditional, largely rural nation—where people had limited to no access to education and health services—to a modern, urbanized society with sophisticated infrastructure. With this extraordinary growth came large-scale immigration—the total UAE population increased from 1 million in 1980 to 9.4 million in 2014. It is expected that the population will continue to increase, reaching approximately 15.5 million in 2050.

Rapid urban development and population expansion brought new challenges for the UAE, its people and its government. The UAE government has taken an active, transparent and inclusive approach in order to protect the different communities that contribute to the country's growth and development. Significant investments have been made in education, healthcare and sustainable economic development.

Significant progress continues to be made to promote and ensure the rights of workers, women and children; implement domestic legal frameworks; and ratify international human rights conventions.

The UAE understands the important role international cooperation plays in the protection of human rights and has taken active measures to comply with internationally accepted standards. From 2014-2018, the UAE was the world’s largest donor of official development assistance in proportion to its gross national income (ODA/GNI ratio).

The UAE has acceded to various international conventions, including:

Respect for human rights and fundamental freedoms are an essential part of the principles and values ingrained in Emirati society. The UAE continues to promote and protect human rights by ensuring national implementation of human rights commitments and complying with international standards.

Labor Rights in the UAE 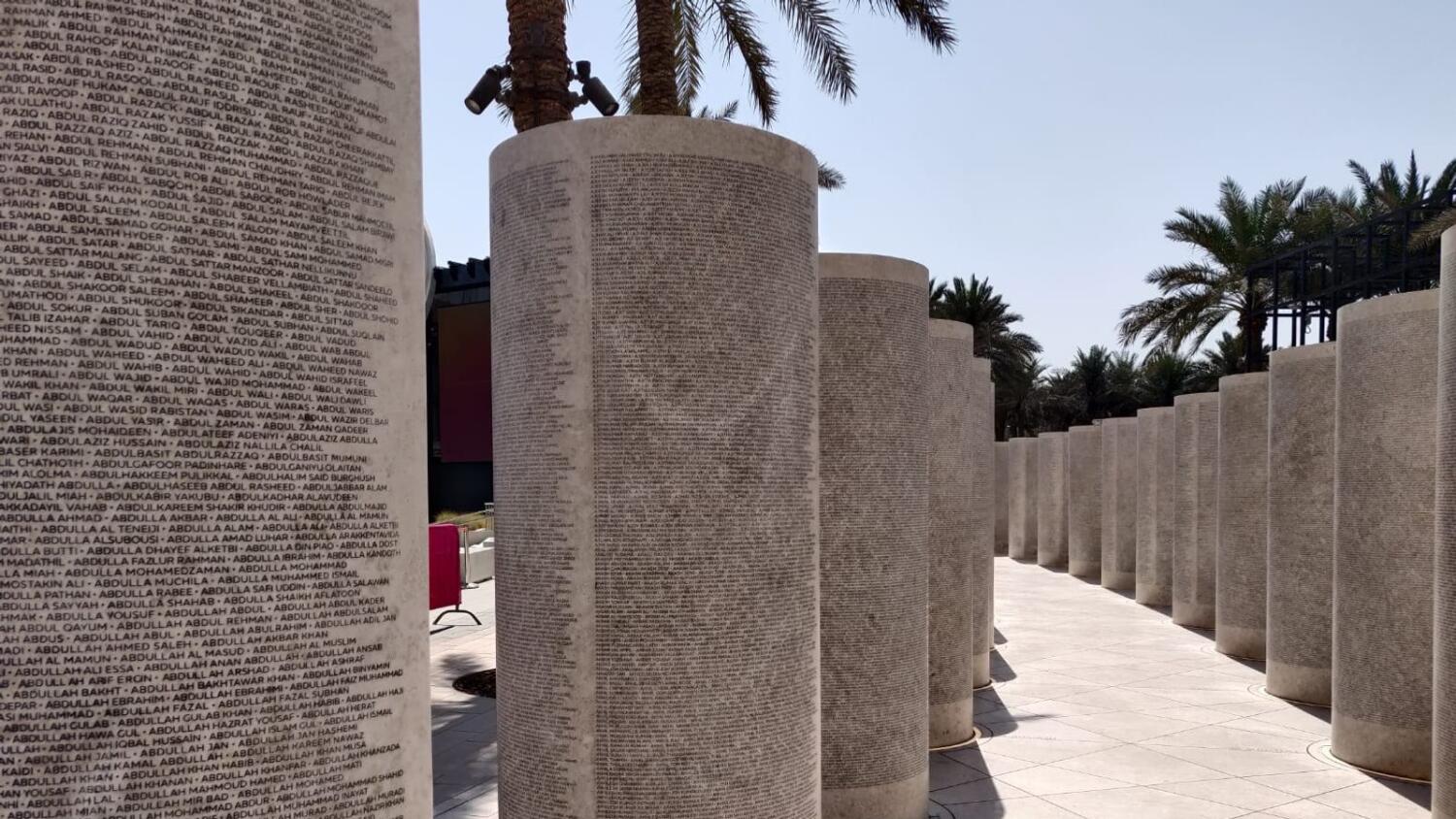 Respect for labor rights is a moral, cultural and economic imperative. As a member of the International Labor Organization (ILO), the Arab Labor Organization and other labor-focused multilateral organizations, the UAE seeks to work transparently and objectively with regard to its international labor obligations. The UAE has ratified nine major ILO conventions related to the rights of workers, and has adopted numerous laws to protect workers’ rights, including in the areas of recruitment, pay, housing and health.

More than seven million foreign workers in the UAE are employed by 260,000 organizations, representing nearly 200 countries. Over 90 percent of the private sector labor force consists of expatriate workers, creating unique challenges for the UAE. The government is constantly working to strengthen its capacity to protect the rights of different communities that contribute to the country’s growth and development, while simultaneously boosting the rule of law and allowing freedoms via lawful processes and institutions.

The UAE’s Ministry of Human Resources and Emiratisation introduced a series of reforms that focus on transparency and compliance in matters related to labor contracts and terms of termination. In addition to more transparency, These reforms offer workers and employers more flexibility and benefits with their employment options. The new reforms took effect in January 2016.

The Ministry of Human Resources and Emiratisation also launched a “Know Your Rights” campaign, where foreign workers arriving at Dubai or Abu Dhabi’s international airports receive pamphlets informing them of their rights and obligations under their new work contracts. These pamphlets are available in English, Arabic, Hindi, Urdu and Malayalam. 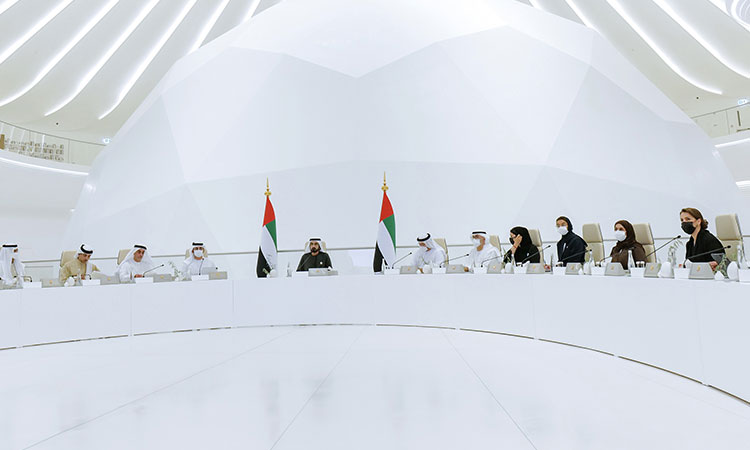 The UAE Cabinet has passed a number of reforms to combat abusive labor practices:

Recognizing the need for comprehensive government engagement on this issue, various federal ministries are actively involved to tackle labor rights issues. For example, the Ministry of Foreign Affairs has worked to strengthen bilateral and international cooperation on manpower issues through memorandums of understanding and updated frameworks for cooperation and partnership between labor-receiving and labor-sending countries. The Ministry of Human Resources and Emiratisation produces educational pamphlets and material in a host of languages to ensure that both foreign workers and their employers know the law and their rights. 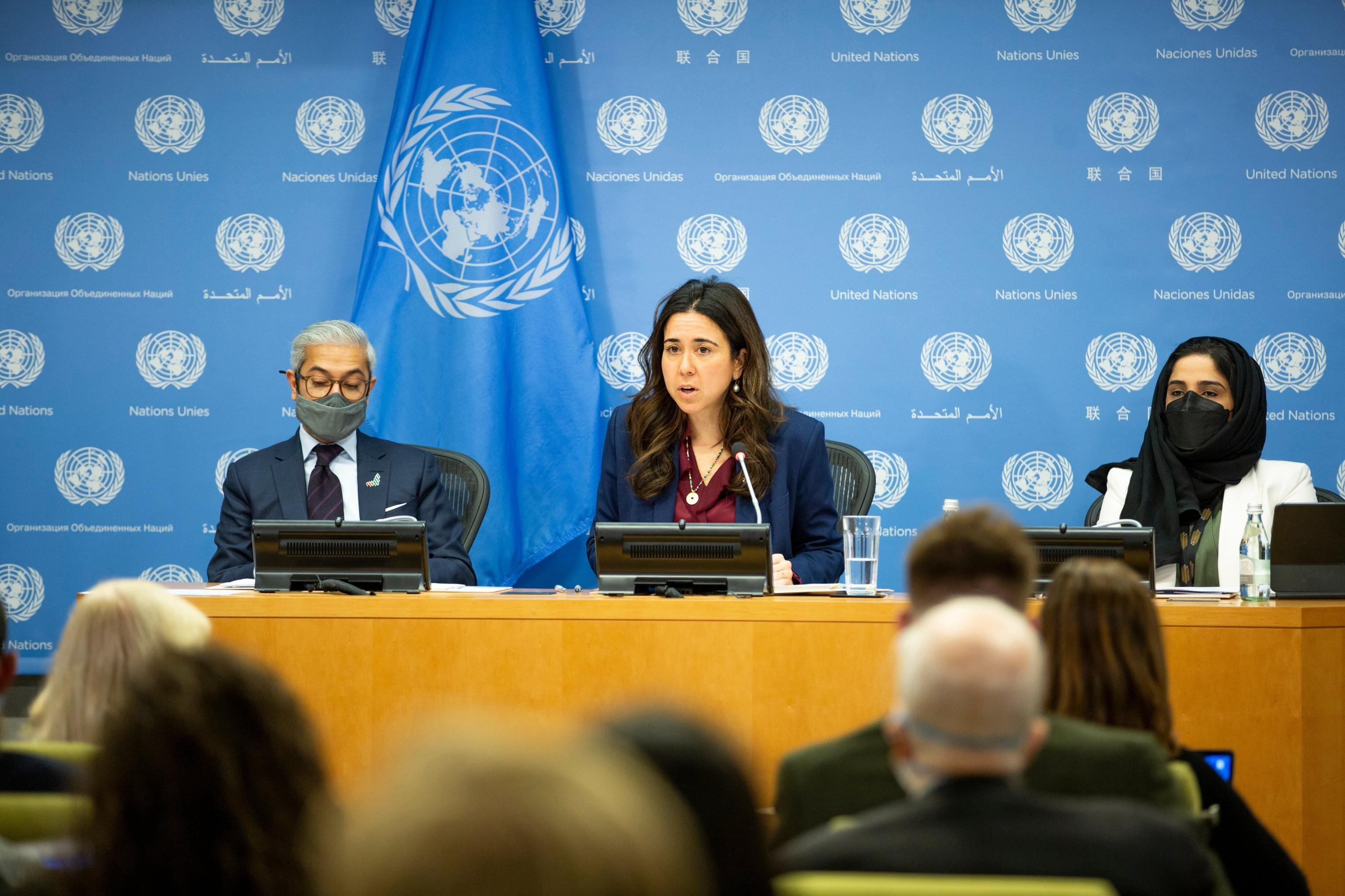 The UAE is proactively collaborating with the international community to better safeguard labor rights and protect foreign workers from exploitation. The UAE has ratified nine ILO conventions related to protecting the fundamental rights of foreign workers, and is also an active member of the Arab Labor Organization. From 2012-2018, the UAE served on the United Nations Human Rights Council.

On October 14, the UAE won membership on the UN Human Rights Council for the 2022-2024 term during elections that took place among members of the United Nations General Assembly. The UAE looks forward to continuing its efforts to promote and protect human rights on national, regional, and international levels.

The UAE has negotiated bilateral labor agreements with the governments of nations supplying large numbers of laborers to the UAE economy including agreements with India, Pakistan, Sri Lanka, Bangladesh, China and the Philippines. Labor-source nations received approximately $45 billion in annual remittances from the UAE in 2019.

The UAE hosts several international forums as part of its ongoing commitment to improve working conditions within the UAE and raise public awareness around labor rights, including the Abu Dhabi Dialogue, an ongoing platform in conjunction with the International Organization for Migration (IOM) and the Global Forum on Migration and Development (GFMD). The Dialogue brings together ministerial-level leadership from both labor-source and labor-receiving nations and aims to create a regional framework for regulating labor rights and migration.

Goals of the Dialogue include: 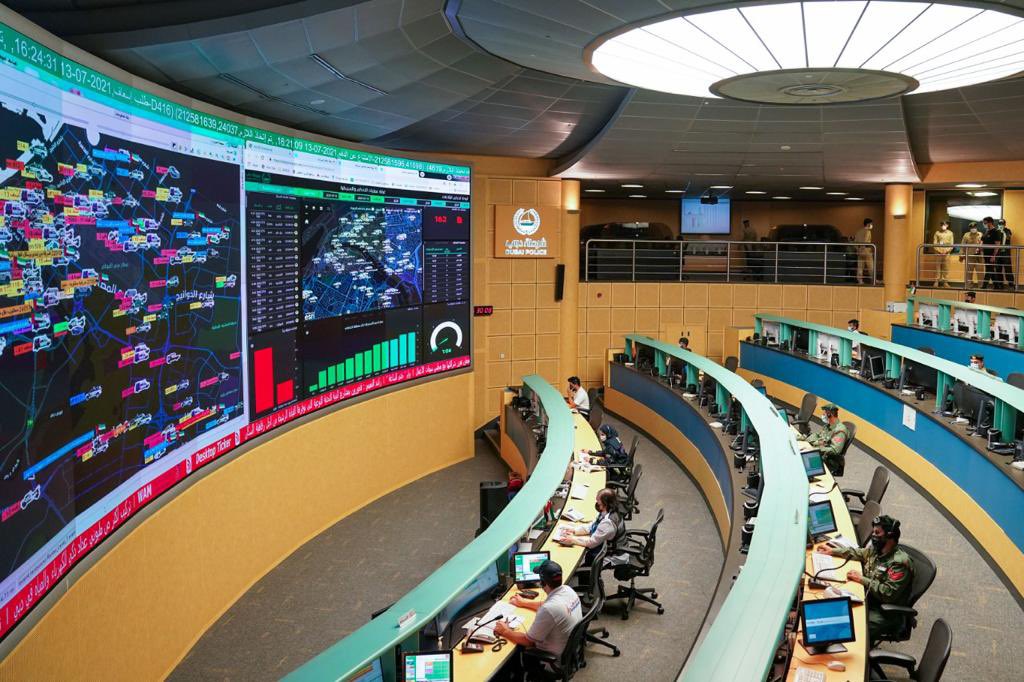 Enforcement is critical in all areas of protecting the rights of workers. Ensuring the fair and on-time payment of workers is a particular priority of labor policy enforcement:

The UAE government is committed to the global effort to combat human trafficking and is working closely with international and regional law enforcement officials to apprehend and punish violators of human trafficking laws. The UAE is also deeply concerned about the victims of this crime and their physical and emotional well-being and is establishing appropriate mechanisms to support and assist victims in need.

The UAE is aggressively implementing a four-part anti-trafficking plan, designed to prevent the crime, enforce the law and provide necessary support to victims:

In November 2006, the UAE government adopted a federal law providing strict enforcement provisions and penalties for convicted traffickers, becoming the first government in the Gulf to enact a comprehensive anti-trafficking law. The following year, the UAE National Committee to Combat Human Trafficking was formed—the Committee coordinates anti-trafficking efforts at all levels in the UAE’s seven emirates.

In its 2020 report, the US Department of State concluded that the UAE was making significant and proactive efforts to comply with the minimum standards for the elimination of trafficking, and that the government continued to prosecute and punish sex trafficking offenders, support victims of trafficking and make trafficking prevention a priority.

Other components of the UAE's anti-trafficking activities include:

The UAE is working to increase law enforcement capacity and awareness. Steps include training and workshops for police officers and public prosecutors and developing mechanisms to monitor and track human rights abuses. In addition, the UAE has held several training sessions with various law enforcement departments and ministries, focusing on the prevention of human trafficking, security and the enforcement of laws.

Federal Law No. (51), passed in 2006, was amended in 2015 to provide improved guarantees for victims of human trafficking. A strategy based on the ‘5 Ps’ – prevention, prosecution, punishment, protection and promotion, guides the UAE in further combatting human trafficking.

Also in 2015, the Ministry of Foreign Affairs and International Cooperation organized a Diploma of Combating Human Trafficking—the first course of its kind in the region.

Recent improvements in labor standards and regulations will have a positive impact on decreasing the scale of human trafficking. Steps include electronic payments to workers, standards for housing, a standard contract for domestic workers and bilateral agreements with supplier countries.

The UAE also is invigorating government, charitable and social networks to provide support for victims of trafficking. Dubai’s Foundation for the Protection of Women and Children provides social services for victims, including counseling, in-house schooling and recreation facilities. The organization has supported dozens of women and children, working with organizations such as the International Organization for Migration to be repatriated to their home countries.

Under the umbrella of the UAE Red Crescent Authority, the Ewa’a Shelter for Women and Children in Abu Dhabi opened in late 2008. The Red Crescent, part of the International Committee of the Red Cross, is supervising shelters across the UAE for women and children. Other organizations offering similar social services are the Social Support Center of the Abu Dhabi Police and the Human Rights Care Department of Dubai Police.

Human trafficking has its point of origin in the home countries of guest workers, and the UAE has signed agreements with several labor-exporting countries to regulate the flow of the workforce. In order to deny unscrupulous private recruitment agencies from cheating and trafficking workers, all labor contract transactions are processed by labor ministries or offices in the supplying countries.

In February 2009, the United Nations Office on Drugs and Crime released the “Global Report on Trafficking Persons,” funded through UN.GIFT. The “first global report on modern slavery,” covering 155 countries, contained some critical and important revelations, including the fact that 40 percent of all countries had not yet convicted a single trafficker. The third edition of this report was published in 2016.

Since 2005, the UAE has worked closely with UNICEF on the repatriation of several hundred young children who once worked as camel jockeys in the UAE. The UAE government implemented a law banning camel jockeys under the age of 18 and authorized strict penalties of fines and up to three years in jail for breaches of the act.

By September 2006 more than 1,000 underage jockeys had been successfully repatriated to their home countries, where they were provided with social services, education, health care and compensation. In December 2006 the UAE government set aside more than $9 million for a second phase of the UNICEF program, which will provide compensation for anyone who has ever worked as an underage camel jockey in the UAE. As a follow-up measure, the UAE committed $8 million for the establishment of monitoring mechanisms to prevent children formerly involved in camel racing from re-entering hazardous or exploitative labor.

UNICEF officials have publicly praised the UAE camel jockey repatriation program and held it up as a model for other countries to follow.

The UAE established stringent contract standards for domestic workers, which first became effective in April 2007. These standards govern working conditions, vacation, air tickets, medical care and salary, ensuring that the labor rights of domestic workers are standardized and protected across the UAE. Government agencies are required to enforce the new contract when issuing new work visas, ensuring that the standards are upheld in all individual agreements.