The UAE & the F-35: Frontline Defense for the UAE, US and Partners

In January 2021, the United Arab Emirates finalized letters of agreement (LOAs) with the US Government for the acquisition of F-35 Joint Strike Fighter aircraft and other defense equipment, as previously announced. The LOAs confirm the terms of the UAE purchase, including costs, technical specifications and anticipated delivery schedules. In December 2020, the US Senate voted to approve the sales, of which the overall value is estimated at $23 billion.

After a routine review of these and other sales in order to ensure alignment of current policies with US strategic objectives, the US Department of State confirmed in April 2021 that the sales will proceed.

“The F-35 package is much more than selling military hardware to a partner,” said UAE Ambassador to the US Yousef Al Otaiba. “Like the US, it allows the UAE to maintain a strong deterrent to aggression. In parallel with new dialogue and security cooperation, it helps to reassure regional partners. It also enables the UAE to take on more of the regional burden for collective security, freeing US assets for other global challenges, a long-time bipartisan US priority.”

“The UAE has always fought alongside the US. And through hundreds of joint missions and participation in six US-led Coalition efforts, we have learned that the key to military coordination is interoperability,” continued the Ambassador. “With the same equipment and training, US and UAE forces are more effective together when and where it matters.”

“One of the key aspects to deterring Iran is an international community that is devoted to that deterrence. One of the things for supporting our friends in the region is to give them the best capability that we can afford to give them, consistent with the other requirements, such as reassurance of Israel… I think that is a good capability and [the sale] will stand us in good stead with our friends in UAE.” 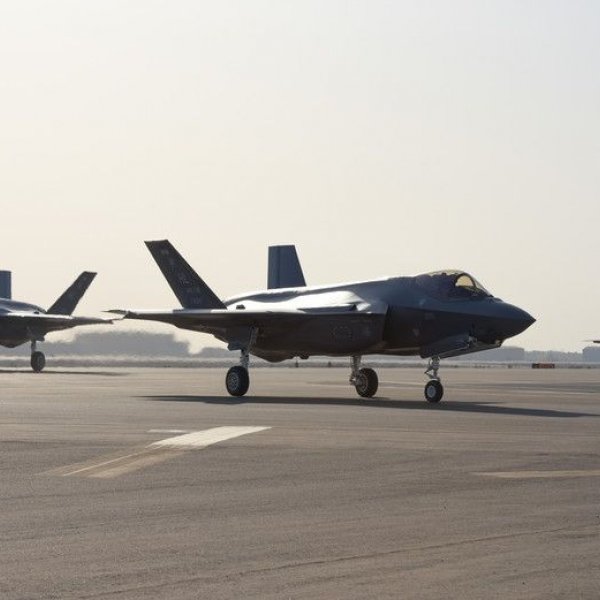 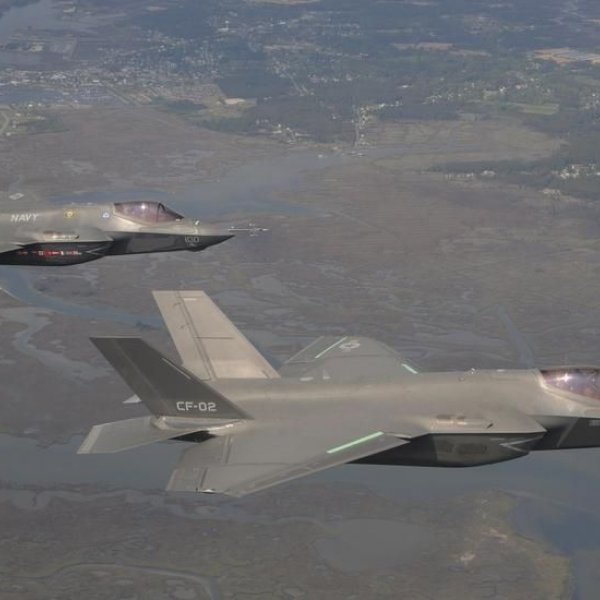 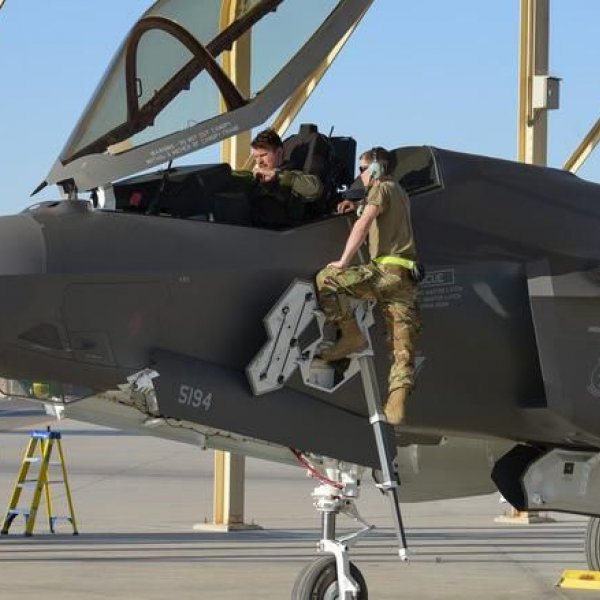 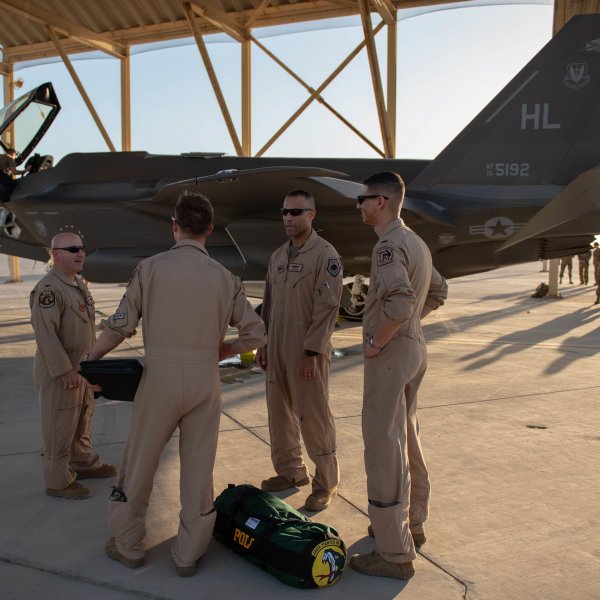 In November 2020, during the Congressional review period, a group of Senators introduced two resolutions to disapprove of portions of the F-35 defense modernization package to the UAE. Following several weeks of debate, the Senate voted against both measures on December 9, 2020, thus approving the sale to proceed.

“The UAE deeply appreciates the consideration of all Senators on today’s votes.  Continued US support enables the UAE to take on more of the burden for our collective security – ours, yours and our partners.

“It improves US-UAE interoperability and allows us to be more effective together.  It makes us all safer. Open, tolerant, and future oriented, the UAE is charting a new positive path for the Middle East.  We are committed to regional de-escalation and dialogue.

“We look forward to deepening our 49-year relationship with the US as we work together on pressing challenges like global health, climate, the proliferation of nuclear weapons, and regional conflicts.”

The United Arab Emirates is “a critical partner in the fight against terrorists…the strategic realities dictate that Congress should not stand in the way of this sale.”

“The UAE has consistently been willing to stand with us in at least six long-term deployments. They come, they stay, they are side by side with us in the field. This sale will… allow even more interoperability between the United States and the UAE. It further enhances the dialogue with our friends who see common enemies, and who are working directly to move their region in a much better direction.”

“This sale will also bolster America's industrial base and boost good-paying jobs in Texas, which is home to facilities where the F-35s are constructed. Most importantly - the sale sends a clear message to the world that America stands unshakably with our friends and allies."

“I strongly support [the] arms sale to the United Arab Emirates. The UAE is worthy of this sale because it is strongly aligned with the United States in the Middle East. It is a vital counterterrorism partner. The UAE has fought alongside [US] troops in Afghanistan and against ISIS. They have been our friend for a long time."

“The UAE is a strong partner that has cutting edge technology in US-supplied F-16s. They have been using that fighter aircraft for a long time. This sale of the F-35 fighter jet is a continuation of that partnership. For these reasons, I urge my colleagues to support the sale."

“The United Arab Emirates… demonstrates an appetite in the region that seeks stability and peace, and presents a counterbalancing front against the Iranian regime. I believe the arms sale to the UAE will contribute to this movement in the region, and will allow the United States to continue reducing our military presence throughout the Middle East.”

“The UAE is a reliable partner to the US and military operations. This sale ensures the Emiratis are properly equipped to defend themselves from threats in the region and remain an important partner for America.”

“The next chapter of Middle East security is being written and today’s Senate action to allow the sale of the F-35 and other advanced military equipment is a symbol of our deepening security relationship with our friends in the UAE. Sales like these are an important tool in our country’s foreign policy, not just because we further interoperability between our armed forces, but we also advance American values.”

After the US State Department confirmed in April 2021 that the sale will proceed, Representative Don Bacon expressed support for the sale, saying:

“I support [President Biden’s] decision to sell F-35s to UAE… UAE has strong ties with Israel & [the] sale serves as a potent deterrent to Iran.”

While some Senators voted against the sale on the principle that Congress should exercise greater oversight in the foreign military sales process, they nevertheless expressed their continued support for the strong UAE-US security partnership. See below for a selection of these comments, as well as Ambassador Al Otaiba’s response to questions that were raised.

“There was no ability for the Senate Foreign Relations Committee to weigh in on this particular sale. It was rushed to notice, and our only option was to bring it before the full Senate. On this sale, in particular, the consultative process was really important."

“I will stipulate… that the UAE is often a very important ally of the United States. There is an important cooperative relationship that exists between the United States and the UAE, we share counterterrorism information together, we were both involved in the fight against ISIS, we worked together to counter Iranian influence in the region, and of course, the UAE’s recognition of Israel is good for the United States as well."

“But I think there's far too much at stake with the sale of these weapons right now to rush it through. And I don't think there's any downside risk if we were to say not now, until we get all of our T's crossed and all of our I's dotted.”

“As the most open and tolerant society in the Middle East, the UAE has a lot to protect at home and in the region. This includes our shared interests and values with the US. The UAE F-35 package is much more than selling military hardware. It is about advancing a more stable & secure Middle East. It enables the UAE to take on more of the regional burden for collective security, freeing US assets for other global challenges - a bipartisan US priority.”

“The sale of military arms to foreign powers should not be rushed and must include the involvement of Congress to ensure the agreement has been thoroughly vetted… While I agree that we must support our allies in the Middle East and around the world, I cannot in good [conscience] support this arms sale without further examination and assurances that this is in the best interest of the American people and our allies.”

“I am grateful for the UAE’s bold leadership in normalizing relations with Israel, avoiding annexation of the West Bank, and paving the way for a broader and more stable peace in the region. I also appreciate the Emirati military’s role in standing up to Iran’s malign activities and their deployments alongside US service members in Afghanistan and against terrorist groups around the region. Even so, in the absence of a thorough review process and without assurances that the use of these weapons will be consistent with US interests and values, I cannot support the sales at this time.”

Reflecting the UAE’s longstanding security relationship with the United States and the proven capabilities of the UAE Armed Forces, US officials and analysts, as well as Israeli national security experts, support the UAE’s efforts to enhance its ability to protect and defend shared interests in the region and around the world.

Additional Background: The Latest Step in a Partnership to Advance Middle East Security

The sale of the F-35 to the UAE is much more than selling military hardware to a partner. It is about advancing a more stable and secure Middle East.

Download White Paper – The UAE and the F-35: Frontline Defense for the UAE, US and Partners

The F-35 is an upgrade to the US-supplied F-16 that President Bill Clinton first approved for sale to the UAE in 2000. The UAE has deployed the F-16 in support of multiple US-led counter-terrorism, freedom of navigation, and stabilization missions in Afghanistan, Syria and around the Arabian Gulf and Peninsula.

The US sale of the F-35 to the UAE is completely consistent with the US National Defense Strategy that calls for enabling partners to take on more responsibility for their own and collective security in the Middle East.

With Israel’s full acceptance of reassurances that the US will “maintain Israel’s security superiority in the Middle East for decades to come,” the sale of the F-35 is also consistent with US policy and law to uphold Israel’s Qualitative Military Edge (QME).

In addition, the sale of the F-35 to the UAE provides considerable economic benefits to the United States. It strengthens the US defense industrial base and ensures its position among global competitors. It sustains hundreds of thousands of well-paying, technical jobs for American workers.