His Highness Sheikh Zayed bin Sultan Al Nahyan served as President of the United Arab Emirates since the formation of the Federation on 2 December 1971 and as Ruler of the Emirate of Abu Dhabi since 1966.

Understanding the UAE is impossible without understanding the life of Sheikh Zayed and his deep religious faith, his vision, his determination and hard work, his generosity at home and abroad, and the way in which he devoted his life to the service of his people and the creation of a better world. 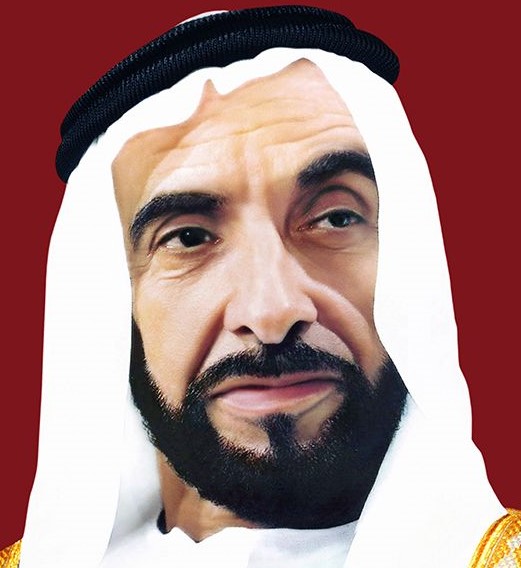 Born around 1918 in Abu Dhabi, Sheikh Zayed was the youngest of the four sons of Sheikh Sultan bin Zayed Al Nahyan, Ruler of Abu Dhabi from 1922 to 1926. At the time Sheikh Zayed was born, the emirate was poor and undeveloped, with an economy based primarily on fishing and pearl diving and on simple agriculture in scattered oases inland.

Life, even for members of the ruling family, was simple. Education was generally confined to lessons in reading and writing, along with instruction in Islam from the local preacher. Transport was by camel or boat, and the harshness of the arid climate meant that survival itself was often a major concern.

Through the late 1920s and 1930s, Sheikh Zayed’s thirst for knowledge took him into the desert with Bedouin tribesmen to learn all he could about the way of life of the people and the environment. He later recalled with pleasure his experience of desert life and his initiation into the sport of falconry, which became a lifelong passion.

In 1946, Sheikh Zayed became Ruler’s Representative in the Eastern Region of Abu Dhabi, centered on the oasis of Al Ain. The job involved administering six villages and an adjacent desert region. In the late 1940s and early 1950s, Sheikh Zayed established his clear vision of what he wished to achieve for the people of Al Ain, and as someone who led by example.

He revised local water ownership rights to ensure a more equitable distribution, which led to agricultural development and re-establishment of the oasis as the predominant market center. His city planning in Al Ain helped ensure that today, the city is one of the greenest in Arabia.

In August 1966, Sheikh Zayed became Ruler of Abu Dhabi, with a mandate to develop the emirate as quickly as possible. His years in Al Ain had given him valuable experience in government and time to develop a vision of progress. With the export of the first cargo of Abu Dhabi crude in 1962, he could rely on oil revenues in the service of the people, and a massive construction program for schools, housing, hospitals and roads was underway.

In 1968 the British announced their intention of withdrawing from the Arabian Gulf by the end of 1971. Sheikh Zayed, with the late Ruler of Dubai, Sheikh Rashid bin Saeed Al Maktoum, took the lead in calling for a federation that would include not only the seven emirates that made up the Trucial States, but also Qatar and Bahrain.

Eventually seven states followed Sheikh Zayed in establishing the UAE, which formally emerged on the international stage on December 2, 1971. While his enthusiasm for federation was a key factor in the formation of the UAE, Sheikh Zayed also won support for the way in which he sought consensus and agreement among his fellow rulers.

Sheikh Zayed was elected by his fellow rulers as the first President of the UAE, a post to which he was successively re-elected at five-year intervals.

One foundation of his philosophy as a leader and statesman was that the resources of the country should be fully used to the benefit of the people, including the women of the UAE who benefited of his vision of education, employment and equality. 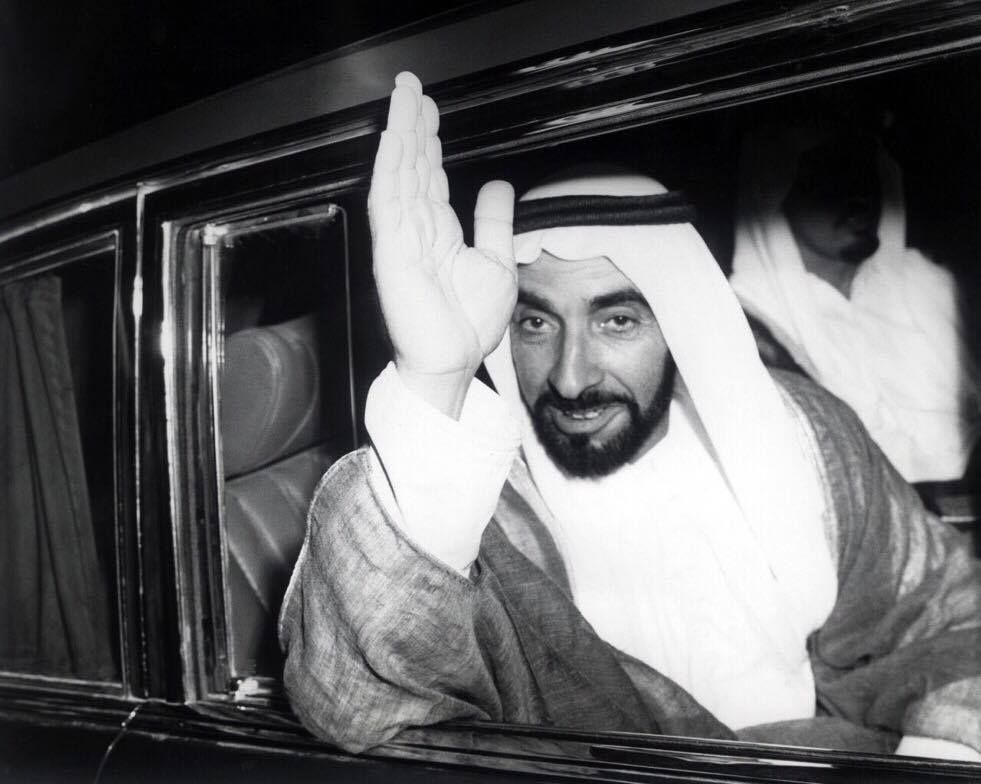 In governing the nation, Sheikh Zayed drew from Arabian Bedouin traditions of consensus and consultation. At an informal level, that principle has long been practiced through the institution of the majlis (council) where a leading member of society holds an “open-house” discussion forum, at which any individual may put forward views for discussion and consideration.

In 1970, recognizing that Abu Dhabi was embarking on a process of rapid development, Sheikh Zayed formalized the consultation process and established the National Consultative Council, bringing together the leaders of each of the main tribes. A similar body was created in 1971 for the entire UAE: the Federal National Council, the state’s parliament.

The conservation of natural environment and wildlife was critical to Sheikh Zayed. He believed that the character of the Emirati people derives, in part, from the struggle to survive in the harsh and arid local environment and worked throughout his life on preserving such species as the Arabian Oryx and the sand gazelle. The World Wildlife Fund recognized his contribution with the prestigious Gold Panda award.

Sheikh Zayed was a firm opponent of harsh dogmas and intolerance. In an interview in 2002, he said, “Muslims stand against any person of Muslim faith who will try to commit any terror act against a fellow human being. A terrorist is an enemy of Islam and of humanity, while the true Muslim is friendly to all human beings and a brother to other Muslims and non-Muslims alike. This is because Islam is a religion of mercy and tolerance.”

Sheikh Zayed applied his ideals of consensus and tolerance more broadly. Within the Arabian Gulf region, and in the broader Arab world, the UAE has sought to enhance cooperation and to resolve disagreement through a calm pursuit of dialogue and consensus.

In the 1990s he also recognized that the UAE could play a more active role in international peacekeeping operations. The UAE Armed Forces participated in the Arab Deterrent Force that sought to bring to an end the civil strife in Lebanon, and in UNISOM TWO, the United Nations peacekeeping and reconstruction force in Somalia.

In early 1999, Sheikh Zayed was among the first world leaders to express support for the decision by the North Atlantic Treaty Organization (NATO) to launch its aerial campaign to force Serbia to halt its genocidal activities against the people of Kosovo. From late 1999 to 2001, the UAE contingent serving with the UN’s KFOR peacekeeping force was the largest from any of the non-NATO states, and the only one from an Arab or Muslim country.

While ensuring that the UAE should increasingly shoulder international responsibilities, however, Sheikh Zayed also made it clear that the UAE’s role is one that is focused on relief and rehabilitation.

In the Balkans, Iraq, Afghanistan and other countries, the policy adopted by the UAE clearly reflects the desire of Sheikh Zayed to apply the good fortune of his country to those less fortunate. Through bodies like the Zayed Charitable and Humanitarian Foundation and the Abu Dhabi Fund for Development, established by Sheikh Zayed before the foundation of the UAE, as well as through institutions like the Red Crescent Society, the country now plays a major role in the provision of relief and development assistance worldwide.

Sheikh Zayed died in 2004, in his late eighties, leaving behind a legacy as the Father of the nation. He was succeeded as the UAE's President and as Ruler of Abu Dhabi by his eldest son, His Highness Sheikh Khalifa bin Zayed Al Nahyan in 2004. The principles and philosophy that he brought to government, however, remain at the core of the state, and of its policies, today. His Highness Sheikh Mohammed bin Rashid Al Maktoum, Ruler of Dubai, was chosen as Vice President of the Federation following the death of his brother Sheikh Maktoum in 2006. 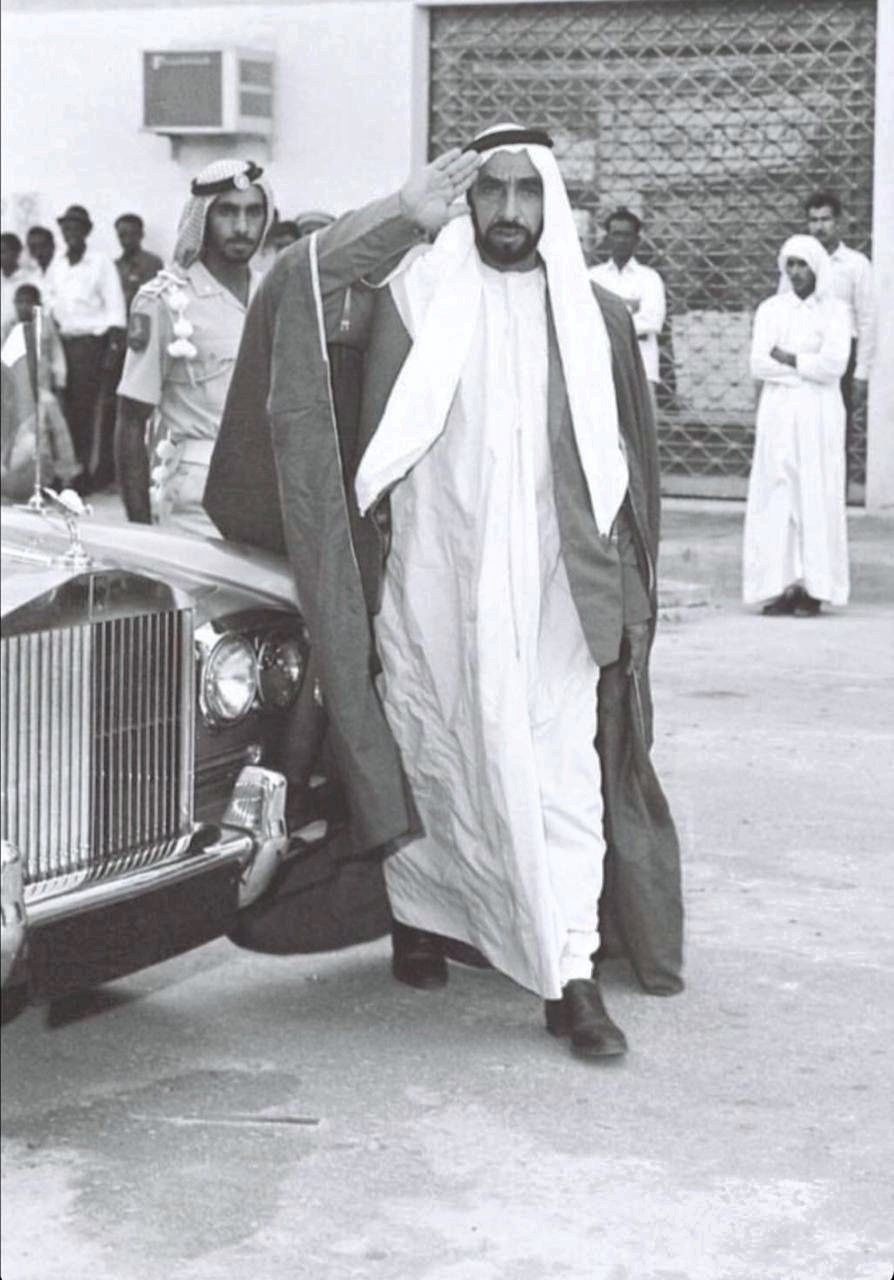 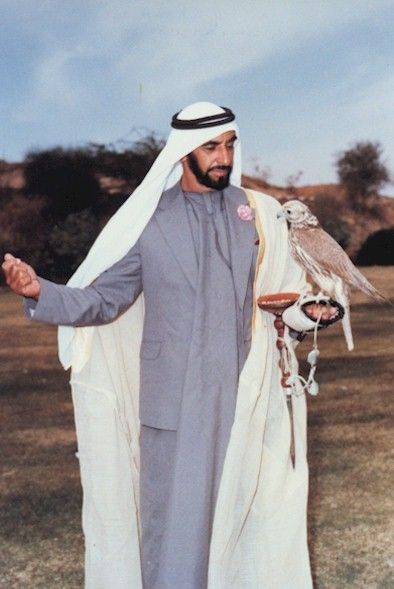