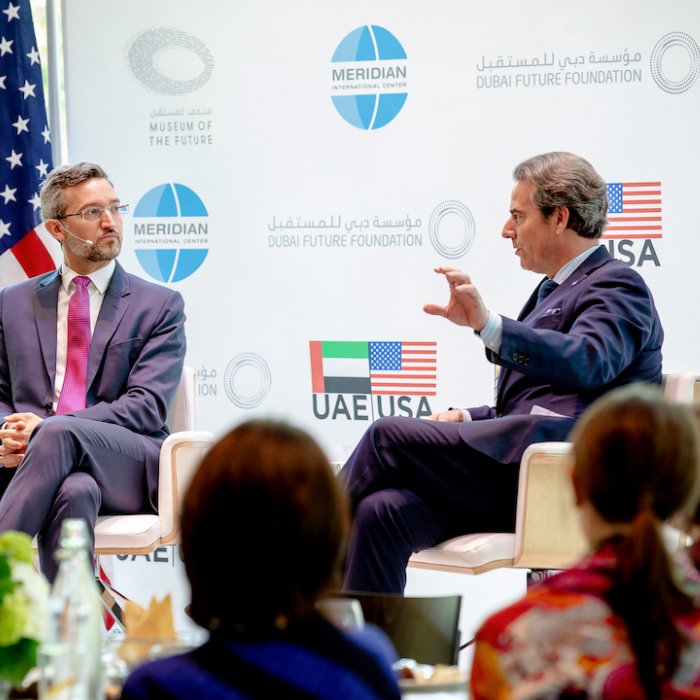 As part of the Cultural Diplomacy Discussion Series and in partnership with National Geographic, the Cultural Diplomacy Department hosted a screening of the Image Nation Abu Dhabi produced History of the Emirates, a landmark documentary chronicling the history of the UAE. The screening was followed by a panel discussion featuring Hana Makki, Head of Documentary at Image Nation Abu Dhabi, Peter Magee, Head of Archaeology at the Department of Culture and Tourism - Abu Dhabi, and Eissa Yousef, Director of the Department of Excavation and Archeological Sites at Sharjah Archeology Authority and moderated by Sultan Sooud Al Qassemi, an Emirati columnist and commentator

The "History of the Emirates" is a documentary series, narrated by Academy Award winner Jeremy Irons. The documentary highlights history stretching back 125,000 years, culminating in the creation of the United Arab Emirates in 1971. The series profiles the very foundations of Emirati civilization– exploring historic sites, revealing archaeological discoveries, and uncovering innovations that allowed ancient Emiratis to survive off the land.