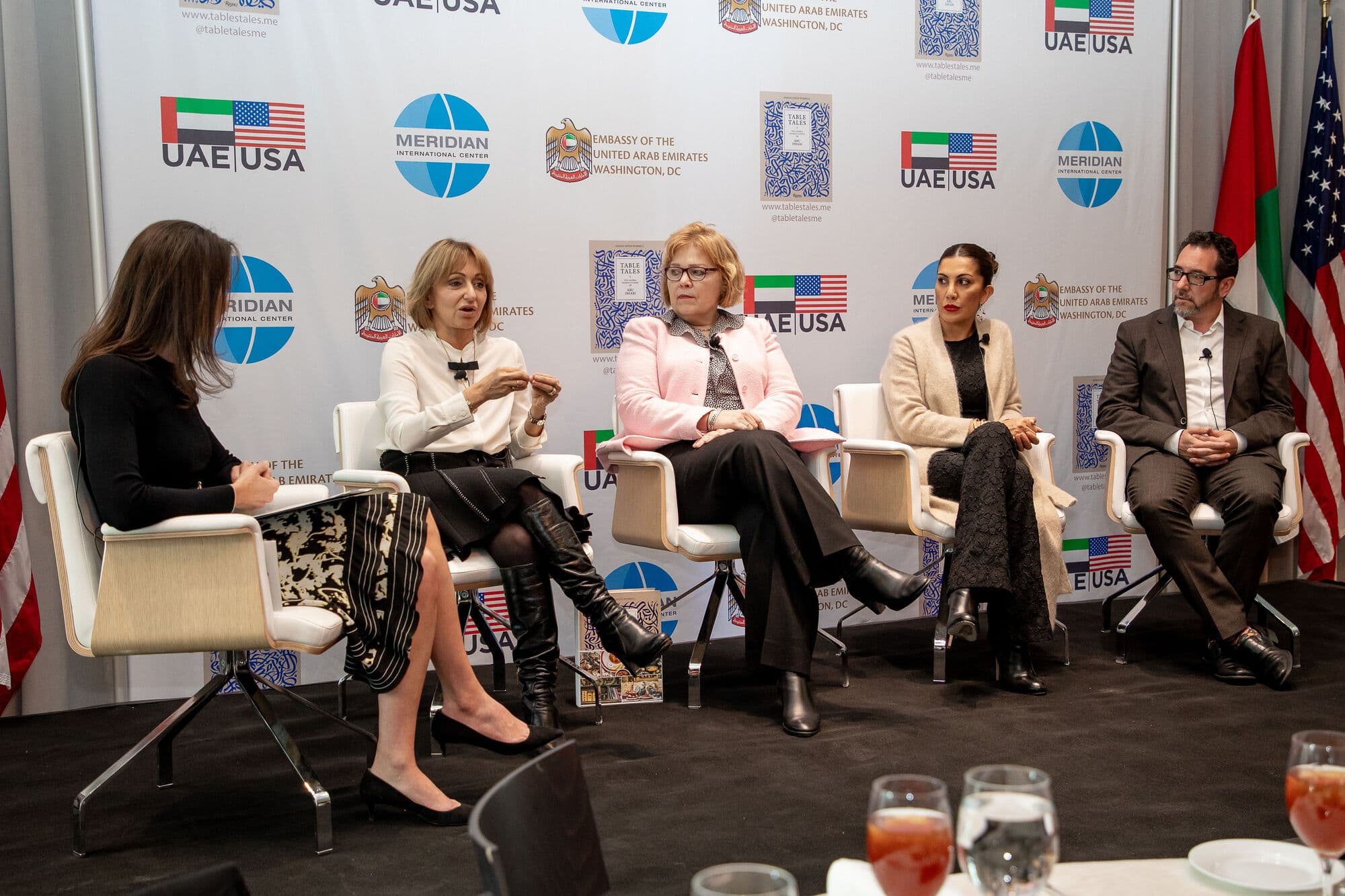 Meridian Center International and the Embassy of the United Arab Emirates hosted a salon lunch discussion on culinary diplomacy. Cultural influencers and food aficionados from across D.C. came together to learn about the history of the cuisine of Abu Dhabi, which has influenced chefs, writers, educators, and diplomats throughout the region.

The panel highlighted the “melting pot” of cultures in Abu Dhabi and the effect that it has had on the UAE’s cuisine. The panelists also discussed the power of food to bridge cultural differences. After the panel discussion, attendees enjoyed several dishes from Worrell’s cookbook.

Learn more about the event here.