WASHINGTON, DC (13 August 2009) – HE Yousef Al Otaiba, UAE Ambassador to the United States, recently spoke to the Los Angeles World Affairs Council (LAWAC), where he highlighted the strong UAE-US economic relationship and discussed other matters of mutual interest with California, such as the shared commitment to renewable energy and burgeoning entertainment industry partnerships. 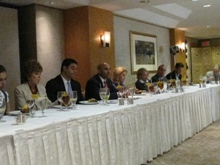 During his speech to the LAWAC, Ambassador Al Otaiba discussed the deep economic ties between California and the UAE.  He cited numerous examples, including UAE investments in California businesses and recent trade data, which shows that in 2008, California exported over $1 billion in goods to the UAE – the fourth most of any state. 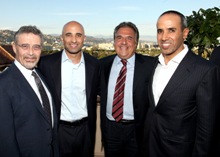