The US and the United Arab Emirates announced a renewable-energy pact on Tuesday they say could lead to $100 billion of investments globally.

The so-called partnership for accelerating clean energy was signed in Abu Dhabi. It’s designed to ensure the creation of 100 gigawatts of renewable power by 2035 -- roughly double what was built in Europe and North America combined in 2020.

It will be “a robust partnership to ensure the swift and smooth transition toward clean energy and away from unabated fossil fuels,” the White House said.

The move comes weeks after OPEC+, of which the UAE is a member, angered the US by deciding to cut crude production. Biden has laid most of the blame at the hands of Saudi Arabia.

The agreement will focus on clean-energy supply chains, carbon and methane management, nuclear power and decarbonizing industrial and transport systems. It was signed at the Adipec conference by Amos Hochstein, Biden’s special envoy for energy, and Sultan al Jaber, head of Abu Dhabi National Oil Co. Mohammed bin Zayed, the UAE’s president, was in attendance.

The UAE is one of the world’s biggest oil exporters and its investing billions to increase its production capacity. At the same time, it is rapidly building up solar and nuclear power, as well as investing in blue hydrogen, a fuel seen as important for the transition to cleaner energy. 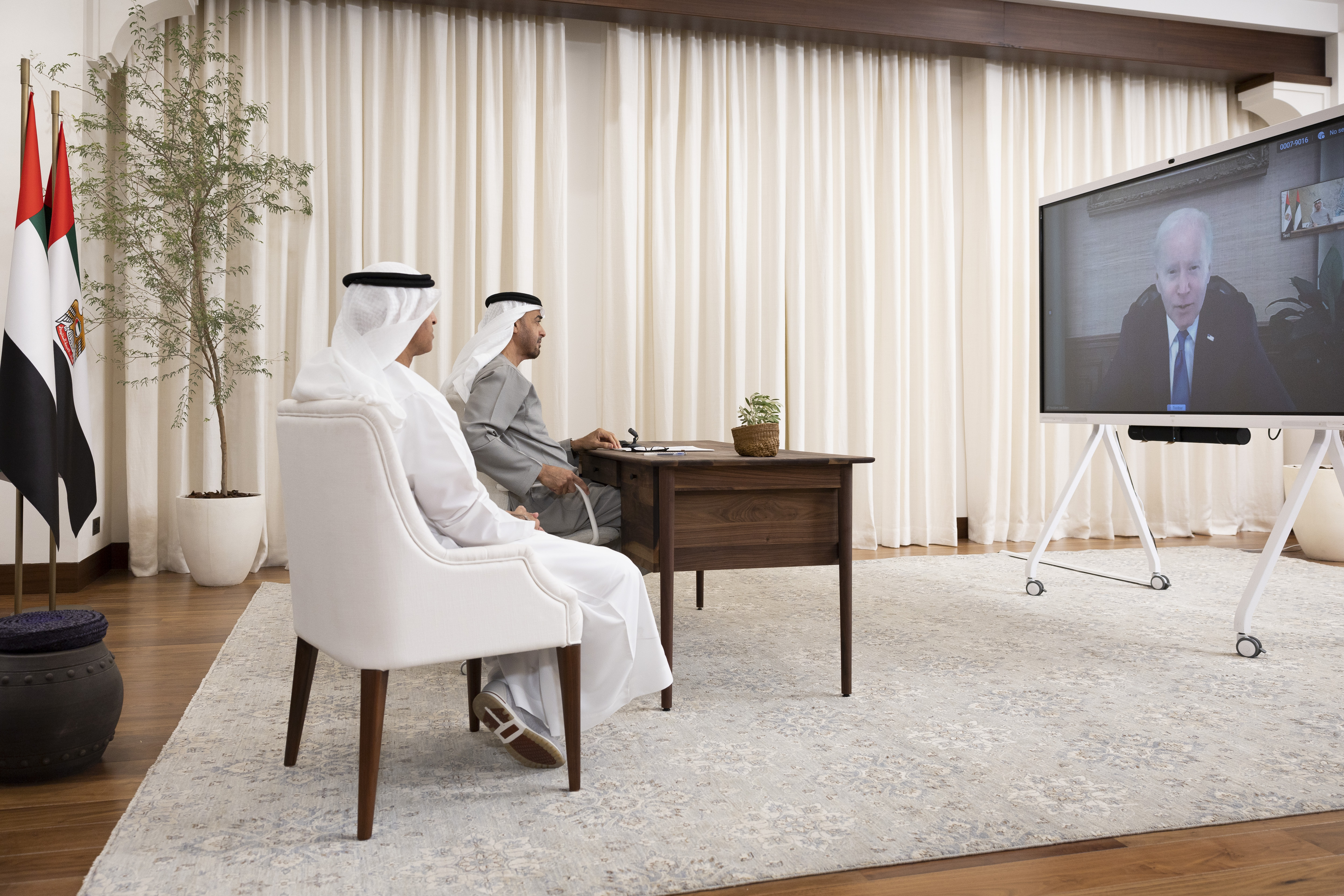