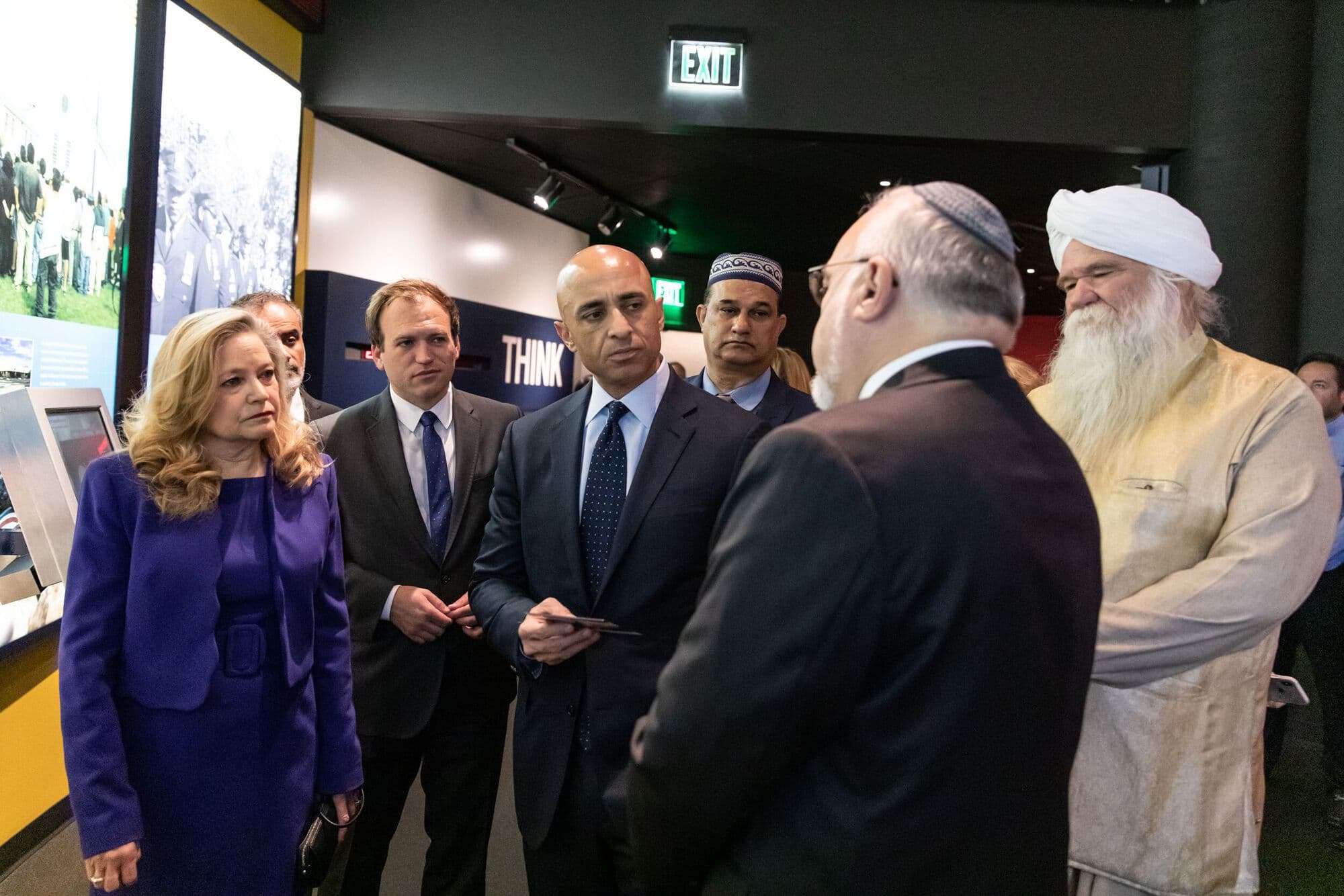 Ambassador reinforces UAE’s commitment to encouraging freedom of worship, inclusion and shared values with the US.

Los Angeles, CA  – Officials from leading Jewish human rights NGO the Simon Wiesenthal Center and its renowned Museum of Tolerance hosted UAE Ambassador to the US Yousef Al Otaiba in Los Angeles. The program included a tour of the museum and a roundtable discussion with interfaith community leadership on steps taken by the UAE to bolster its positive vision of inclusion for the future.

“At a time when we seem to be constantly surrounded by division and distrust, it’s refreshing – and inspiring – to visit an institution with such a positive mission,” said Ambassador Al Otaiba. “It’s particularly meaningful for me, coming from the UAE, where we are celebrating 2019 as the ‘Year of Tolerance.’ We’re making it a special priority this year to encourage inclusion and appreciate diversity.”

Joining Ambassador Al Otaiba on his visit to the Museum of Tolerance were leaders from the local Muslim, Christian and Bahai communities. Rabbi Marvin Hier, Dean of the Simon Wiesenthal Center, hosted the visit.

“The Simon Wiesenthal Center has developed strong lines of communication with leaders of the UAE over the last decade,” said Rabbi Hier. “Our delegations have been met with graciousness and openness from UAE leadership. We are committed to forging stronger relations between the UAE and Jewish communities around the world. Tolerance is a shared value that decent people everywhere embrace and enemies of peace seek to destroy.”

“Inclusion and tolerance aren’t new for us,” said Ambassador Al Otaiba.  “Our founder Sheikh Zayed made these values part of his own daily life, UAE policy and Emirati society. We have to address the problem of hatred and extremism at the root level by building a society that values inclusion, mutual respect and tolerance over division and destruction.”

As part of the ‘Year of Tolerance’ in 2019, the UAE will emphasize tolerance as a universal concept through legislation and policies aimed at entrenching the values of inclusion, dialogue, coexistence and openness to different cultures. In February, Pope Francis became the first Pope to visit the Arabian Peninsula when he said mass in the UAE.  Earlier this month, the UAE hosted the first Special Olympics World Games to take place in the Middle East.

During his visit to Los Angeles, the Ambassador also met with Board Members from the Pacific Council on International Policy to discuss ways to further increase bilateral cooperation between the UAE and the US.