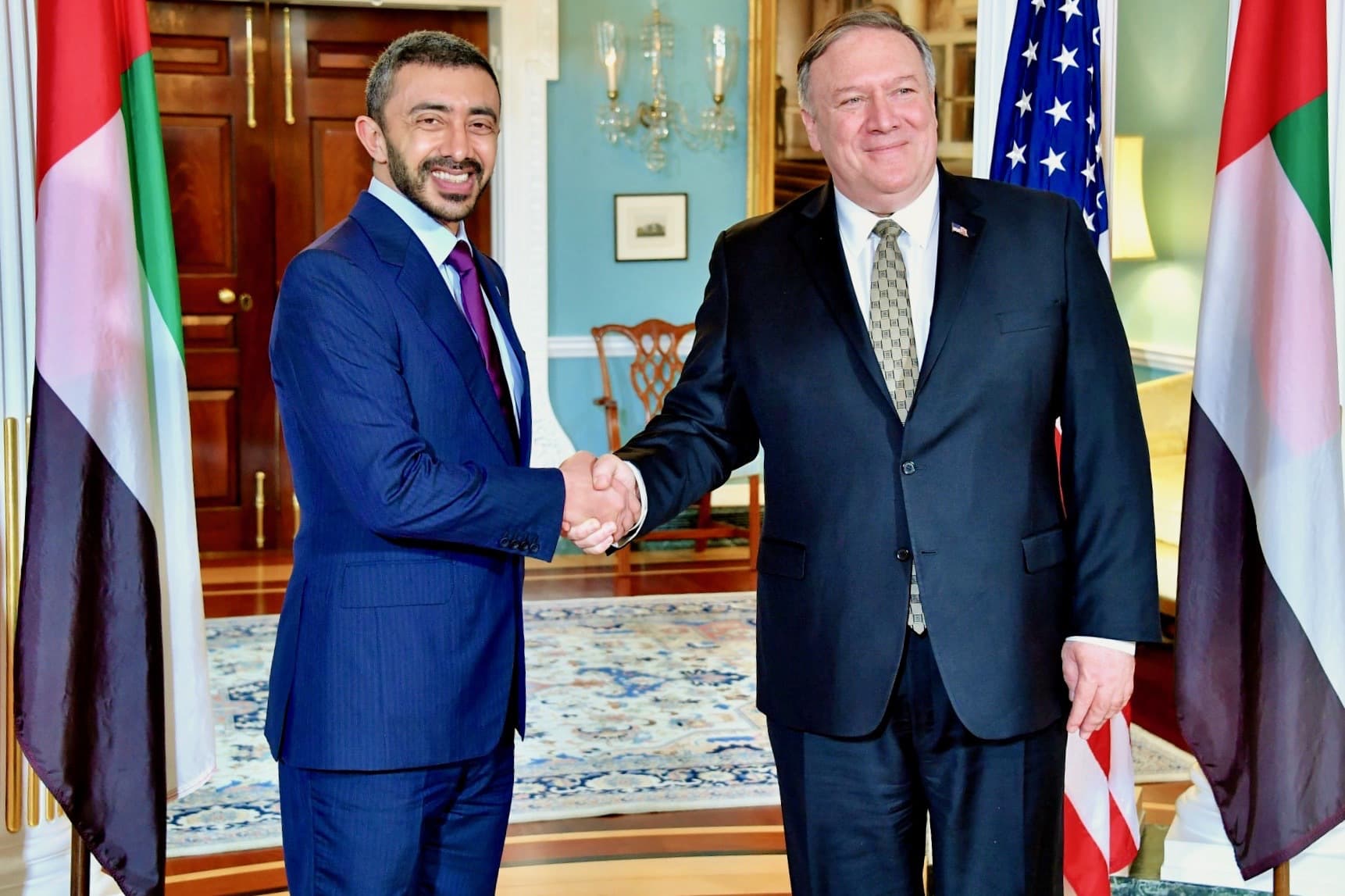 In separate meetings, HH Sheikh Abdullah and the senior U.S. officials discussed bilateral cooperation between the UAE and the U.S. to ensure security and stability in the Middle East and around the world. The officials also exchanged views on the latest developments in the Middle East and North Africa, and reviewed several regional and international issues of common interest.

“The United States is a close friend and important ally of the UAE,” said HH Sheikh Abdullah. “The UAE seeks to cooperate with the U.S. and other partners to achieve regional stability and pursue pragmatic, diplomatic solutions to shared challenges.”

HH Sheikh Abdullah expressed keenness to further enhance bilateral relations between the UAE and U.S., and to explore new, mutually-beneficial opportunities for cooperation.

For his part, Secretary Pompeo welcomed HH Sheikh Abdullah, noting the strong strategic relationship and cooperation between the two countries.

In addition, the Foreign Minister met at the Department of State with Assistant Secretary of Near Eastern Affairs David Schenker, Deputy Assistant Secretary for Arabian Gulf Affairs Tim Lenderking and Ambassador James Jeffrey, Special Representative for Syria Engagement and the Special Envoy to the Global Coalition to Defeat ISIS. The officials discussed efforts to advance common objectives, counter extremism and ensure stability.

In the area of trade, the UAE official highlighted that the UAE has been the U.S.’ largest export destination in the Middle East for 10 straight years, supporting jobs and growth for American workers and companies.

While in Washington, HH Sheikh Abdullah also attended the Madison Dinners hosted by Secretary Pompeo, along with his wife, Mrs. Mike Pompeo. This is a traditional dinner that gathers thinkers and leaders to share ideas on the future of America and the world.

The meetings were attended by UAE Ambassador to the United States HE Yousef Al Otaiba.