Washington, DC (2 December 2021) – Today, diplomats at the United Arab Emirates (UAE) Embassy in Washington, DC celebrated the UAE’s 50th National Day and Golden Jubilee. The National Day event, a tribute to the UAE’s five decades as a nation, highlighted several milestones and achievements of the Emirates since its foundation in 1971.

The Golden Jubilee celebration, underscored by the UAE’s deep relationship with the United States (US) over the last five decades, was attended by senior US government officials, Members of Congress, Ambassadors and diplomats, business leaders and prominent members of the Washington press corps. The event was held at the iconic John F. Kennedy Center for the Performing Arts.

In his address to over 250 guests, UAE Ambassador Yousef Al Otaiba paid homage to the late Sheikh Zayed bin Sultan Al Nayhan’s voice and vision of modernism to shape the country into a thriving nation, one that is committed to peace, coexistence and respect for all.

“Sheikh Zayed instilled the values of tolerance, inclusion and solidarity that remain a pillar to our way of life,” said Ambassador Al Otaiba. “He knew that the UAE’s place in the world would be shaped by experiences and values that made life in the desert possible: cooperation, resilience and generosity.”

During the event, the UAE Embassy also showcased a number of Year of the 50th installations, initiatives and exhibitions, including a photo exhibition, “50 Years in Partnership,” that was developed in cooperation with the US Embassy in Abu Dhabi and tells the story of the UAE’s progress and its deep relations with the US.

For the Embassy’s celebration, the Reach venue at the Kennedy Center was transformed into an immersive experience of stunning desert sands, Islamic architecture, and traditional Emirati designs and visuals for those in attendance.

Guests were also treated to the Embassy’s flagship Golden Jubilee Project, 50 years | 50 faces, which captures the deep and enduring relationship between the UAE and the US through 50 unique personal stories. The project launched in October this year and will run until March 2022. Many of the unique stories were shown throughout the evening.

“50 Years | 50 Faces captures some of the special ‘moments’ that reflect aspects of the 50-year-old UAE-USA relationship, as told by individuals. Their accounts are unique, personal and unexpected, and tell the story of a friendship that has withstood the test of time,” said UAE Ambassador to the US Yousef Al Otaiba. 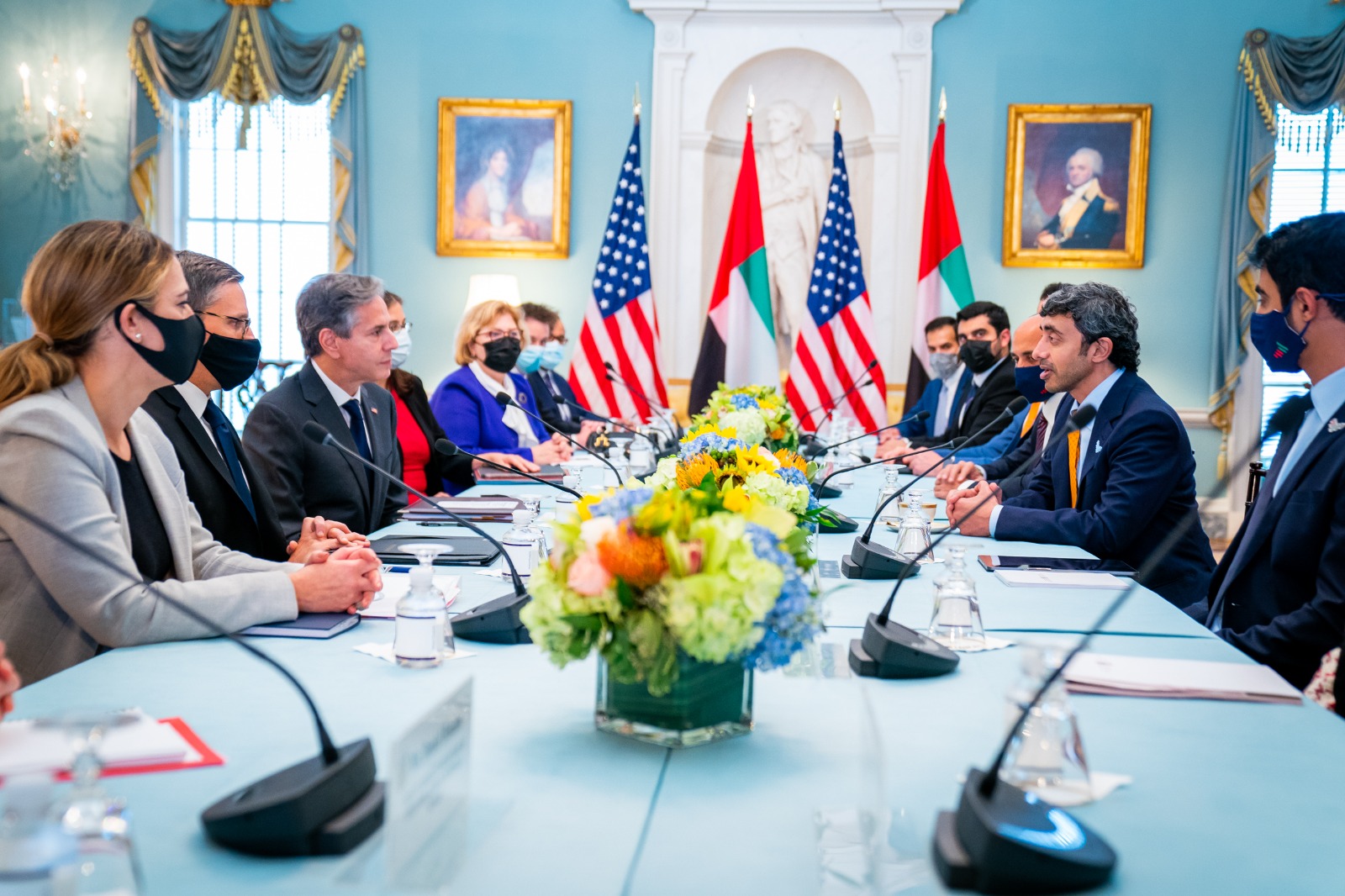